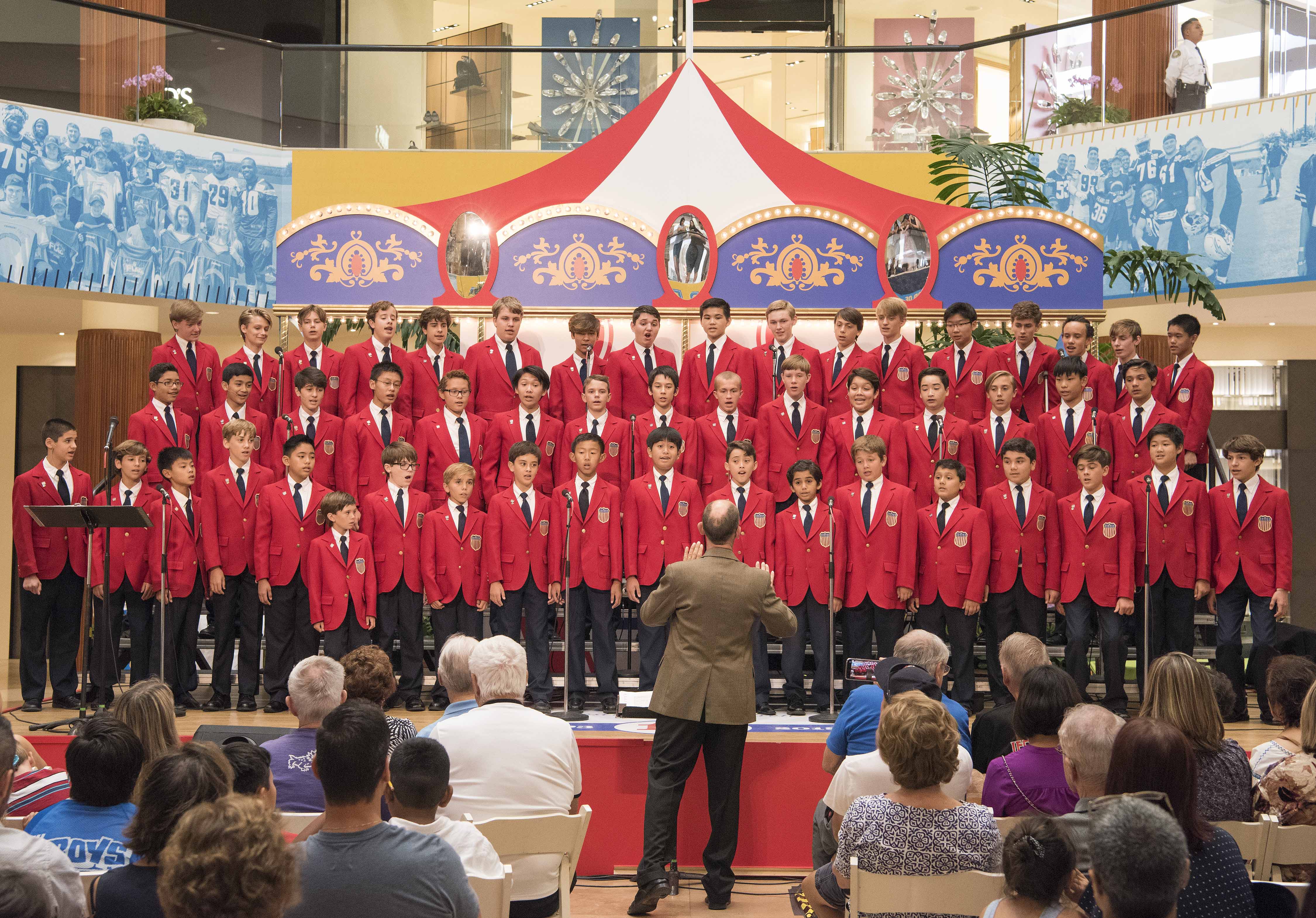 Join the All-American Boys Chorus for TWO spectacular performances at the Festival of Children at South Coast Plaza! The boys will be performing favorites such as our Beach Boys Medley and the Circle of Life, and will also include a tribute to the Armed Forces of the United States of America!

Both performances are free to the public and will be held at the Jewel Court stage. Be sure to get there early for preferred seating – seating is first come, first serve!