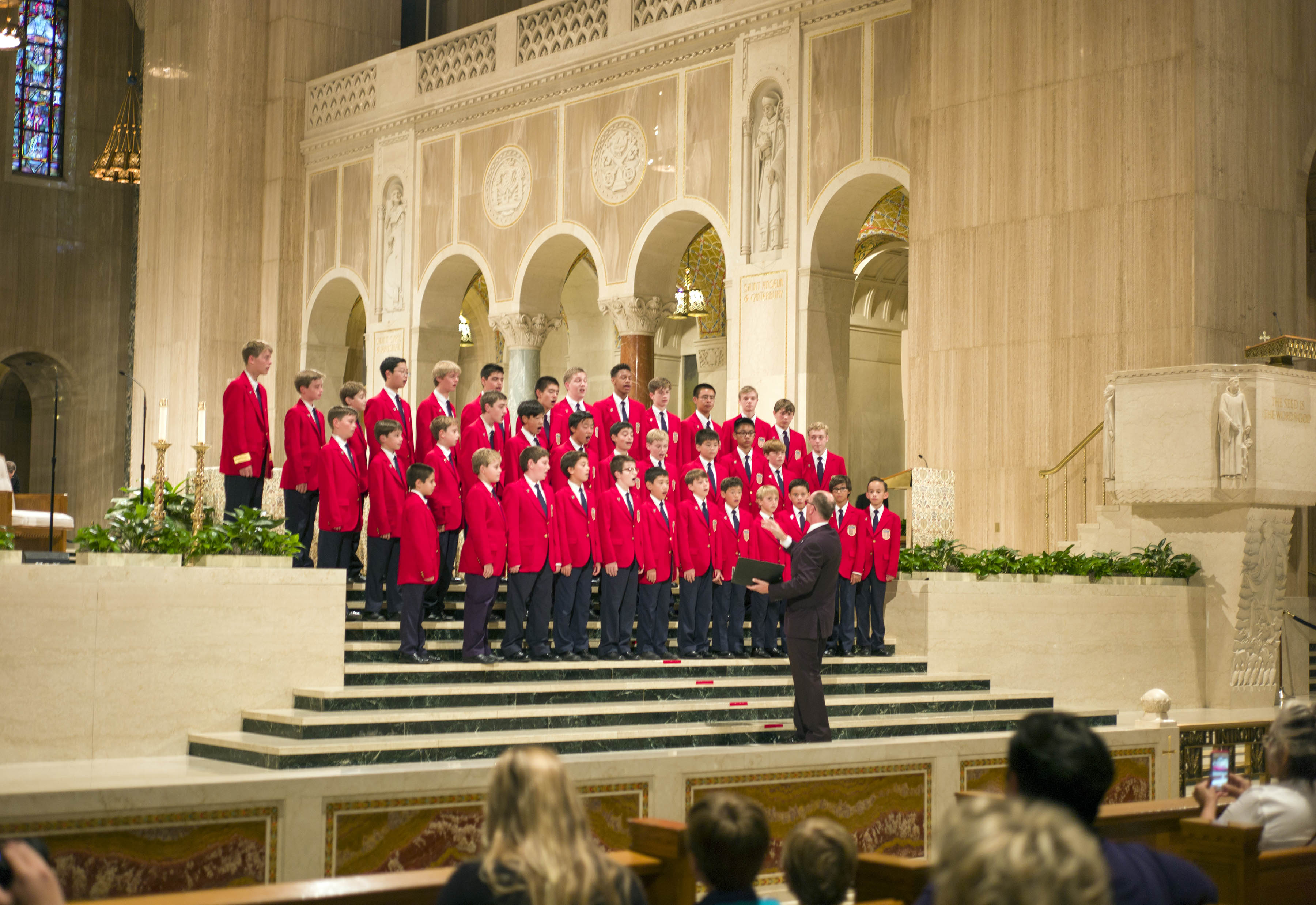 Our initial foray into Washington DC was superb.  We continued the following morning with a visit to the Library of Congress.  What an incredibly beautiful building, completed in 1897.

After lunch we headed out via the subway (or as the locals call it, the metro) to Arlington National Cemetery.  The shuttle buses were very full, with 30 to 40 minute waits, so we decided to go it on foot.

We stopped first at the grave of President John F. Kennedy, then we went on a ways to the Tomb of the Unknown Soldier.  We arrived just as the guard was changing.

Although there were well over 200 people present, everyone was silent out of respect.  It was very moving.  As you may know there is a guard at the tomb 24/7, 365 days a year.

We took the metro back into town and emerged near the U.S. Marine Barracks.  We fanned out and grabbed a quick dinner and then got into line at the barracks for admittance to the U.S. Marine Band Concert, Drill and Parade.  Throughout the entire process we were met and directed by Marines in their full dress uniforms.  They were very precise with their instructions and every detail was taken care of.

While we were waiting for the concert, they had members of the band or drum and bugle corps come out to “educate” the crowd.  They told us about the history of the musical ensembles, explained the layout of the barracks and they also “revved up” the crowd.  Our entire bleacher section sang “Happy Birthday” to Zach (who turned 11 that day).

The concert was marvelous and the precision and focus shown by the marines in the drill was incredible.

Although it was a late night, it was worth the wait!

The next morning some of our staff members were up early early and off they went to do . . . what else. . . our laundry!

Doing laundry for 47 people is a big task, but we have a system that works very well.  One of the keys is finding a big laundromat.  And we found a “doozy” in Springfield, VA!

Over 60 washers and 50 dryers!  We finished the laundry in under 2 hours!  A world record for the AABC.

Distributing the laundry is also a bit of a science.  Once that was done we ate lunch near our hotel and then we loaded up the bus and headed into Washington for a visit to the National Air & Space Museum, which was a big hit with the boys.

Then it was off across town to the National Basilica of the Immaculate Conception to attend the 5:15 pm service and sing immediately afterwards.  It’s a magnificent building.

The acoustics were outstanding and the boys voices reverberated angelically throughout the vast space.

We met up with quite a few AABC families and then drove out a few miles into Maryland for dinner at a buffet restaurant (the boys love the buffets because it’s all you can eat).

Another interesting and fun day in Washington DC.